Warsaw Society of Biotechnology (WSB) “Symbioza” was founded in 2013 on the basis of the collaboration between students and graduates of the three most important universities in Warsaw: University of Warsaw, Warsaw University of Technology and Warsaw University of Life Sciences. Our aim is to integrate the biotechnology environment in Poland starting from the youngest generations, and promotion and popularization of biotechnology in this part of Europe. We make it happen through a bunch of project such as Intercollegiate Symposium of Biotechnology (MSB) “Symbioza” (since 2012), workshops on the art of scientific presentation called “OAK” (since 2013), FeelTheFlow science-popularization meetings (since 2015), and many other events.

Read more about our activities on our website: symbioza.edu.pl

WSB Symbioza has its roots in three Student Interest Groups from three most important universities in Warsaw. Their members organised the first edition of the conference in 2012 and have become members of WSB “Symbioza” when in was first founded.

was established in 2003 at the Faculty of Chemistry of the Warsaw University of Technology. For all these years “Herbion” conveyed a number of scientific projects, form the construction of a bioreactor, through biotransformations using enzymes, creation of a Warsaw University of Technology perfume brand “Entropy”, to genetically engineered phage of lactic acid bacteria. The Herbions, as the members proudly call themselves, popularized biotechnology through science shows and promoted the Faculty and the University during many mass events such as the Science Picnic of Polish Radio and the Copernicus Science Centre, the SIGs and Student Organizations’ Fair, open days at Warsaw University of Technology and Academic Village during yearly student carnival (Juwenalia). Other activities include organizing many educational trips, such as nine Biotechnology Students Science Camps, excursions to the brewery in Zywiec, Lublin and Tychy, to Avon, or Dr. Irena Eris factories and even to Central Forensic Laboratory of the Warsaw Metropolitan Police. 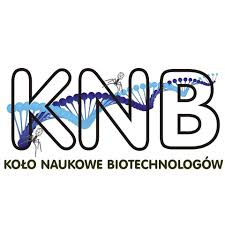 “KNBiotech” brings together students of biotechnology at Warsaw University of Life Sciences. The SIG was founded in 1997 at the initiative of students of the Interfaculty Biotechnology Studies, however, as a result of changes within the university, is now run by students of Interfaculty Biotechnology Division at the Faculty of Horticulture, Biotechnology and Landscape Architecture, and resides at the Department of Parasitology and Invasiology of the Preclinical Sciences Department at the Faculty of Veterinary. Its activity includes three sections: Molecular Biotechnology section, Plant Biotechnology section, Organic Chemistry section. Majority of the active members belong to ASSB – Academic Association of Biotechnology Students, which is a part of YEBN (Young European Biotech Network). KNBiotech’s members, were elected YEBN’s secretaries and board members. KNBiotech’s activity has been rewarded with prizes in biotechnology contests such as OASSB, or SIGs reviews. The SIG’s members actively participate in many events and workshops, promoting and popularizing the biotechnological knowledge, such as Science Festival, Science Picnic of Polish Radio and the Copernicus Science Centre, Warsaw University of Life Sciences days, “DNA – the Encyclopaedia of Life” workshops. In 2003 it co-created the Science Festival School (now BioCEN – Centre for Innovative Bioscience Education). The collaboration in the organization of Intercollegiate Biotechnology Conference “Symbioza” is a great opportunity to exchange experiences between the organizer SIGs, and to learn valuable skills. 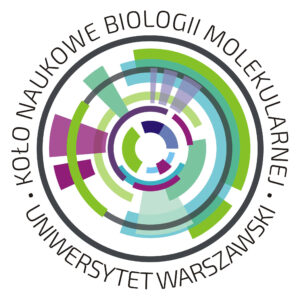 Molecular Biology Student Interest Group at the Institute of Genetics and Biotechnology of the University of Warsaw provides students with the contact with all aspects of molecular biology. The basic activity are weekly student seminars. They are a great opportunity to improve public speaking skills, and constitute a motivation to read scientific literature and present the results of the research for the students’ theses, scientific exchanges, or summer internships. At the same time, the listeners learn about interesting studying possibilities. The systematicity makes the SIG one of the most active student clubs in the University of Warsaw. Each year, the group co-organizes the Faculty of Biology’s SIGs Conference, which is held at Warsaw University’s Hydrobiological Station in Pilchy. The members of the Molecular Biology SIG actively participate in Polish and international conferences, where they present their scientific achievements in seminars and posters. The Molecular Biology SIG is present also at Warsaw University Birthdays, the Biologists’ Night, and other popularizing events at the Faculty of Biology. They also participate in the Science Picnic of Polish Radio and the Copernicus Science Centre with a program that is specially tailored for younger audience. The Molecular Biology SIG participates also in research projects. This enables the members to carry out their own research, learn molecular biology techniques, meet other scientists, and become the authors of scientific publications. The co-operation with WSB “Symbioza” constitutes an interesting and developing challenge for the SIG.